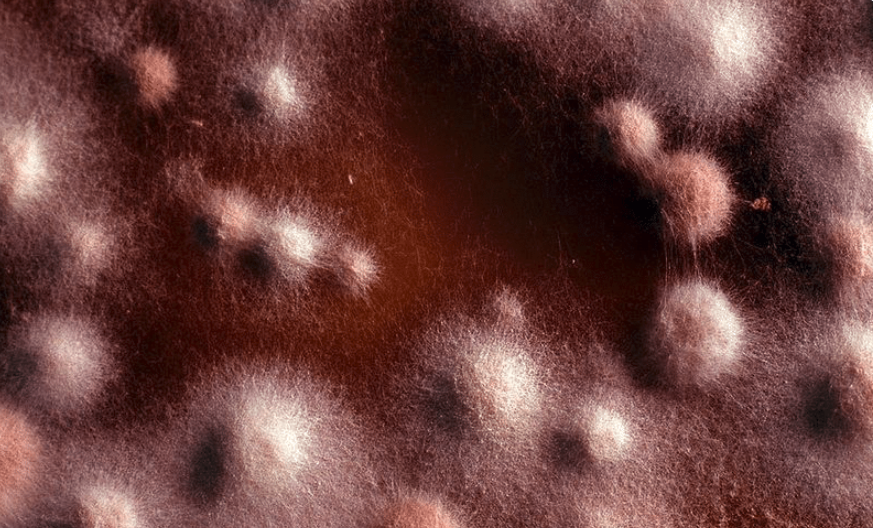 THE CAUSES OF SKIN & NAIL FUNGUS

We will take a deep dive into fungus information, its causes, prevention and protocols.

Photo of what skin fungus looks like under a microscope.

Any of a group of spore-producing organisms feeding on organic matter, including molds, yeast, mushrooms and toadstools. Fungi perform an essential role in the decomposition of organic matter and have fundamental roles in nutrient cycling and exchange in the environment. (Spore: a small, usually single cell, reproduction unit.)

There are millions of different kinds of fungi, but the ones that feed off of human skin and nails are what we are focusing on here.

Fungus can occur as infections of the feet, finger and toenails. It can appear on the arms, legs, trunk of the body, the groin area, the palms of the hands, the scalp and hair, or on the face. Basically all fitting under the descriptions of skin or nail fungus.

These are some of the symptoms of skin or nail fungus:

WHAT CAUSES SKIN OR NAIL FUNGUS ?

Skin or nail fungus is very contagious and can be spread through direct and indirect contact. The disease may spread to others directly when they touch the infection. People can contract the disease indirectly by coming into contact with contaminated items (clothes, towels, etc.) or surfaces (such as bathroom, shower, or locker room floors). The fungi that cause athlete's foot can easily spread to one's environment. Fungi rub off of fingers and bare feet, but also travel on the dead skin cells that continually fall off the body. Athlete's foot fungi and infested skin particles and flakes may spread to socks, shoes, clothes, other people, pets (via petting), bed sheets, bathtubs, showers, sinks, counters, towels, rugs, floors, and carpets.

When the fungus has spread to pets, it can subsequently spread to the hands and fingers of people who pet them. If a pet frequently gnaws upon itself, it might not be fleas it is reacting to, it may be the insatiable itch of skin fungus.

People with diabetes or weakened immune systems are more susceptible to the disease. HIV/AIDS hampers the immune system and increases the risk of acquiring athlete's foot.

The fungi (molds) that cause athlete's foot require warmth and moisture to survive and grow. There is an increased risk of infection with exposure to warm, moist environments (e.g., occlusive footwear—shoes or boots that enclose the feet) and in shared humid environments such as communal showers, shared pools, and treatment tubs.

HOW TO PREVENT SKIN & NAIL FUNGUS

There are several hygiene measures that can prevent skin and nail fungus infections and reduce recurrence. Some of these include: keeping the feet dry; clipping toenails short; using a separate nail clipper for infected toes or fingernails; wearing socks made from well-ventilated cotton, or synthetic moisture wicking materials (that soak moisture away from the skin to help keep it dry); avoiding tight-fitting clothing or footwear; changing socks frequently; and wearing sandals while walking through communal areas such as gym showers and locker rooms. Recurrence of athlete's foot can be prevented with the use of anti-fungal powder on the feet.

The fungi (molds) that cause athlete's foot require warmth and moisture to survive and grow. There is an increased risk of infection with exposure to warm, moist environments (e.g., occlusive footwear—shoes or boots that enclose the feet) and in shared humid environments such as communal showers, shared pools, and treatment tubs. Chorine bleach is a disinfectant and a common household cleaner that kills mold. Cleaning surfaces with a chlorine bleach solution prevents the disease from spreading from subsequent contact. Cleaning bathtubs, showers, bathroom floors, sinks, and counters with bleach helps prevent the spread of the disease, including re-infection.

Keeping socks and shoes clean (using bleach in the wash) is one way to prevent fungi from taking hold and spreading. Avoiding the sharing of boots and shoes is another way to prevent transmission. Athlete's foot can be transmitted by sharing footwear with an infected person. Hand-me-downs and purchasing used shoes are other forms of shoe-sharing. Not sharing also applies to towels, because, though less common, fungi can be passed along on towels, especially damp ones. 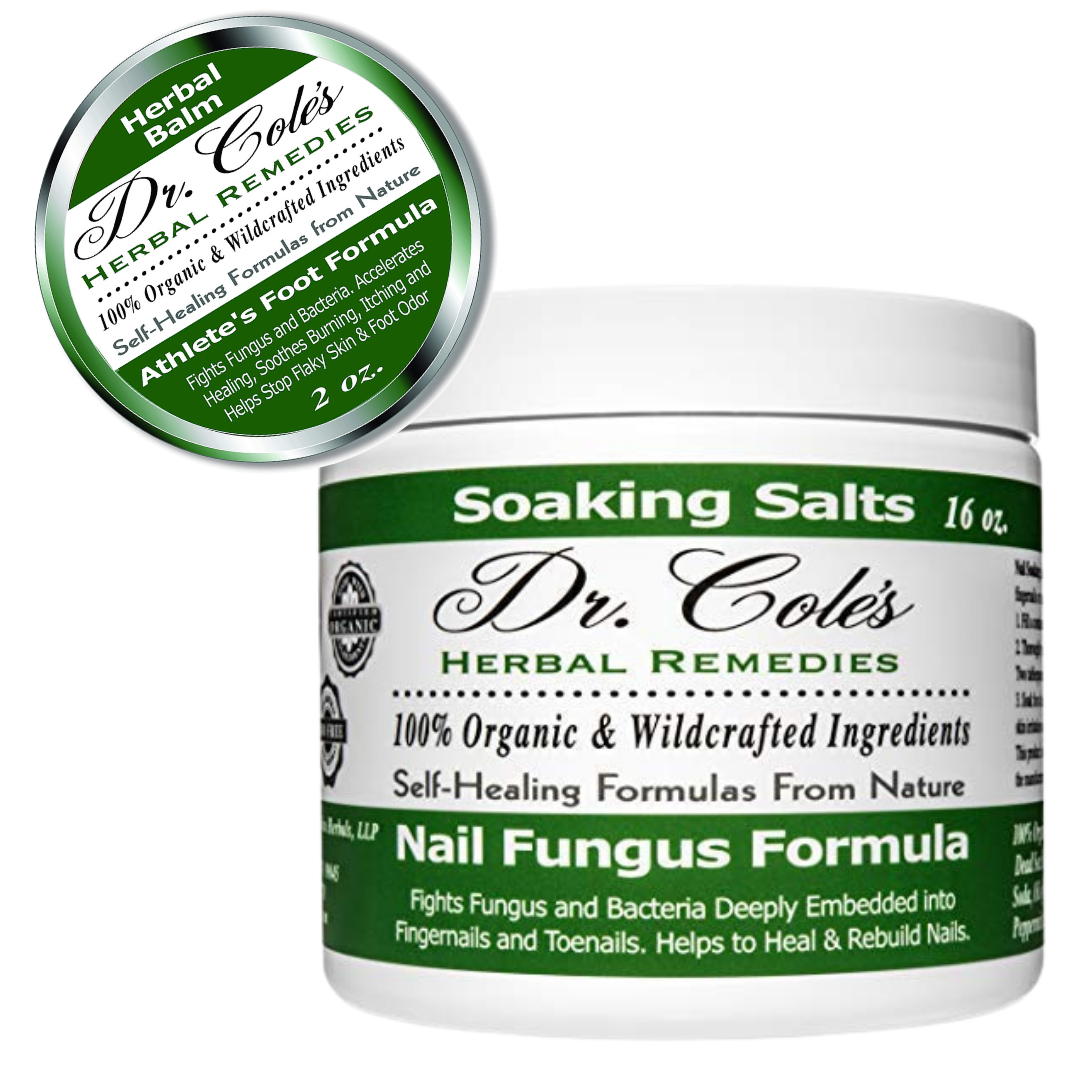 Have itchy feet? Soak your feet in warm water and Nail Fungus Salts before you go to bed. Not only is this relaxing and calming, it is also the first step to killing athlete's foot fungus. Dry your feet thoroughly after soaking and then apply the Athlete's Foot Formula balm over the infected areas, and let it soak in and do its deep work overnight.
VIEW DETAILS

These two products together focus on disabling nail fungus. It's best to soak the nails of hands or feet in warm water and Dr. Cole's Nail Fungus Salts before bed. Dry thoroughly, and then apply a generous amount of Dr. Cole's Nail Fungus Formula balm directly onto the nails and around the nail bed. Let these formulas do their work while you sleep. 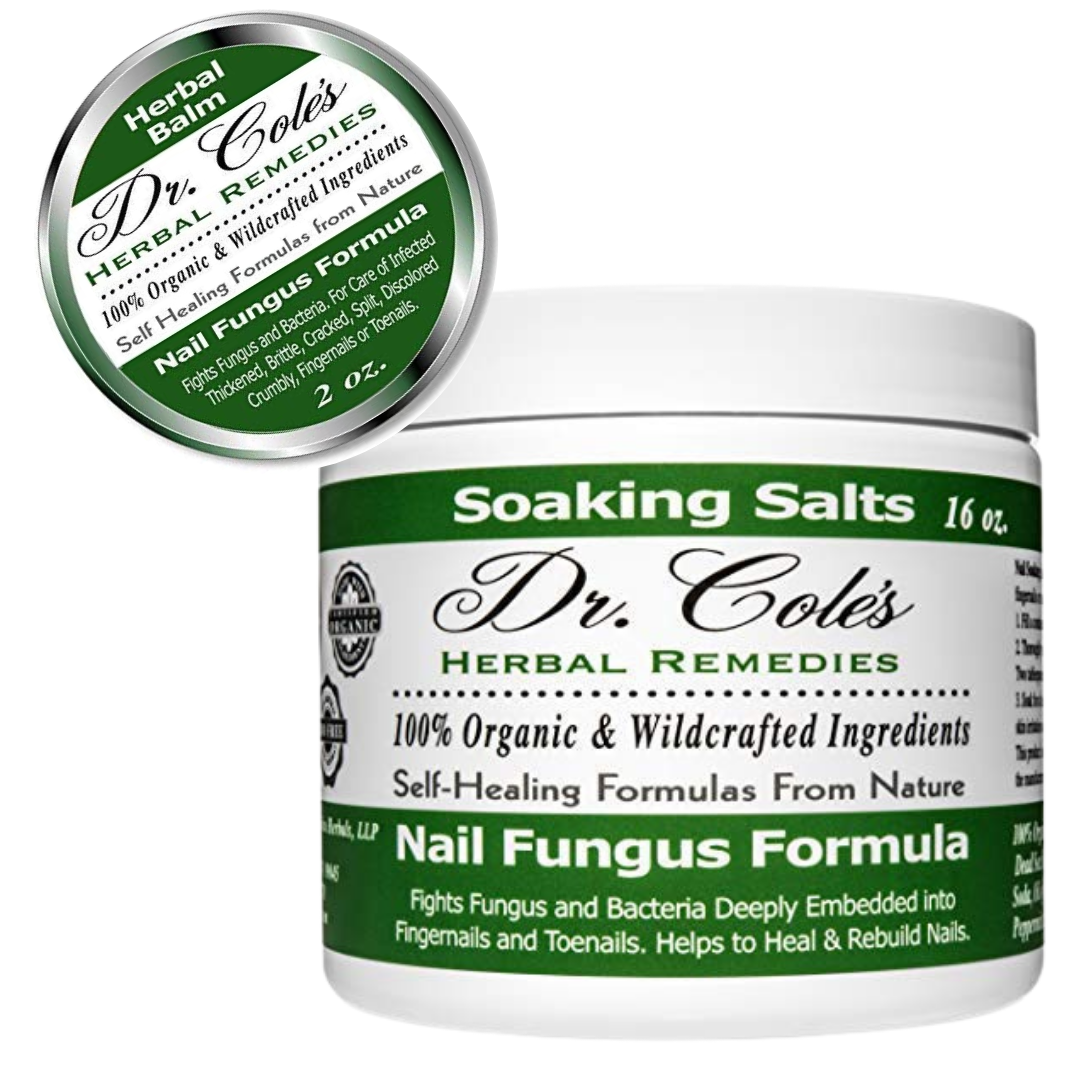 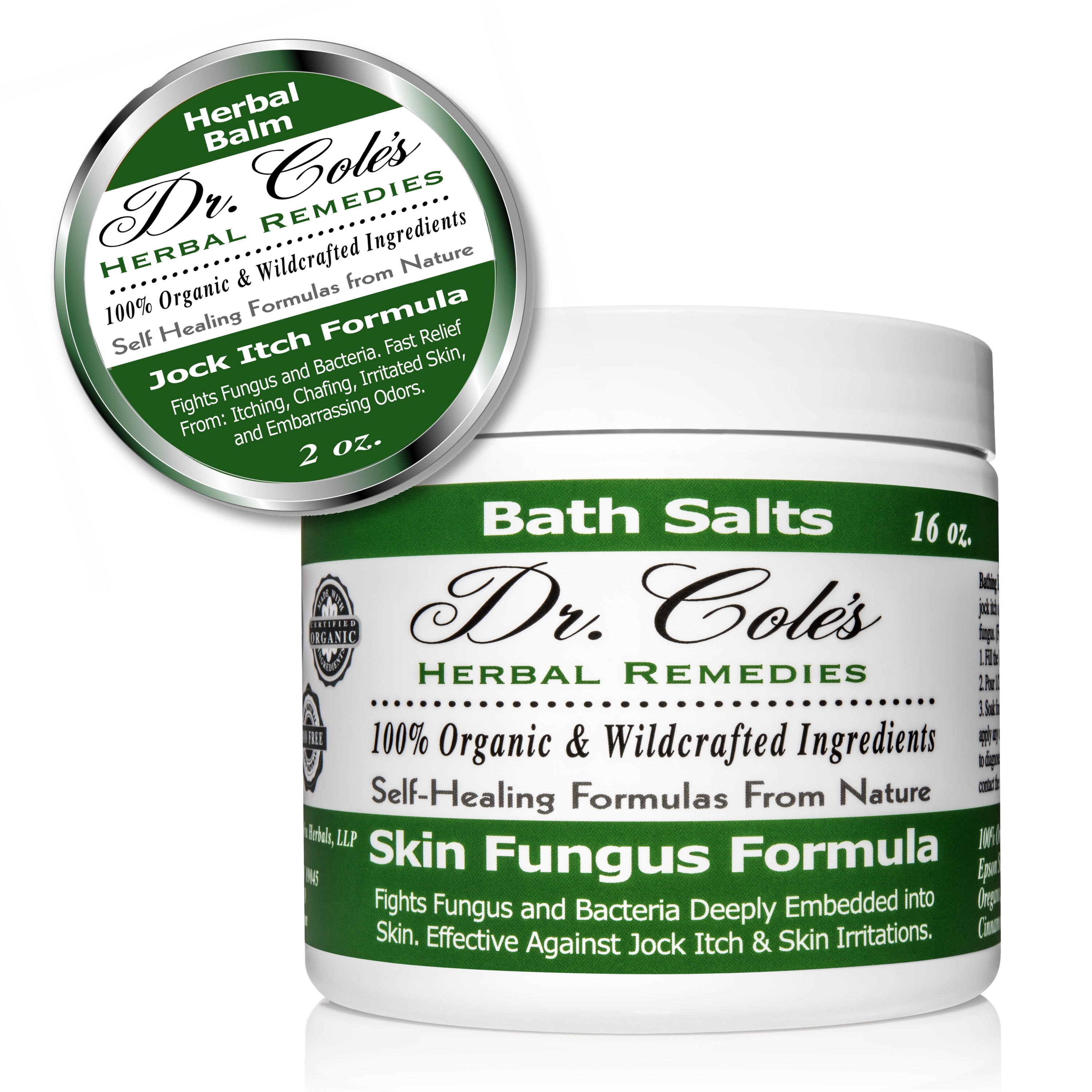 Skin fungus can occur in many places on the body that are exposed to heat and sweat. It can also be very contagious. Use this combination daily in order to treat the fungus. Works best when used before bed. Follow the instructions on the jar, and soak in a tub of very warm water for at least 20 minutes. Dry off thoroughly, and then apply Dr. Cole's Jock Itch Formula balm to the infected areas.