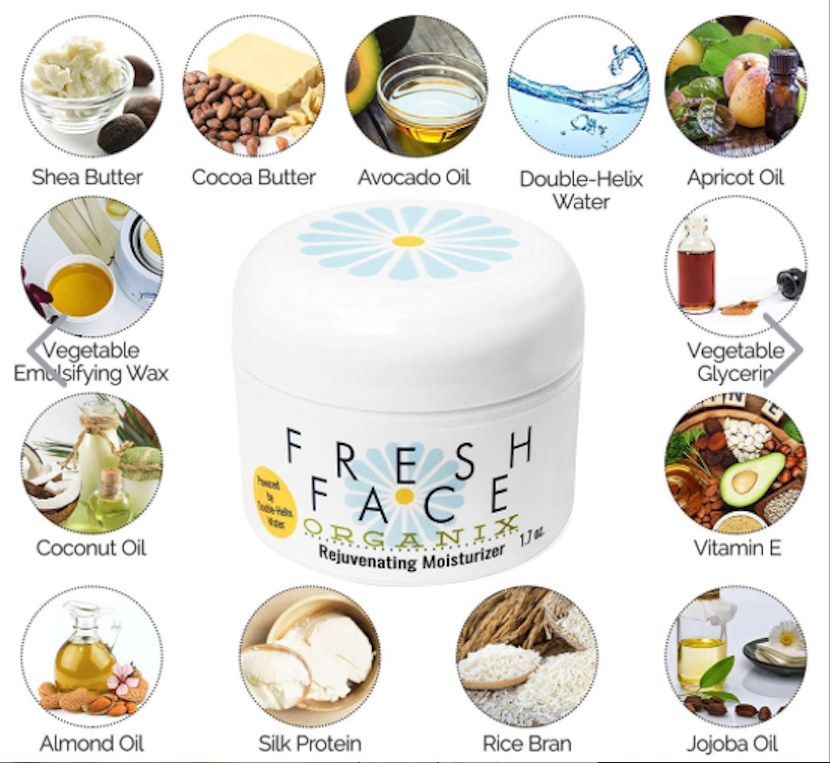 How I Met Dr. Cole and Created Fresh Face Organix

From the diary of Linda Langenbacher

...was the first phone conversation that I had with Dr. Janell Cole. Little did I know that it would be the beginning of a relationship that would take my career path in a direction that was never expected.

I had just returned from spending 8 months caring for my mom at her home in Indianapolis after my father passed on. During that time, I was working with the company that discovered Double-Helix Water—named after the heavily charged double helix that can be seen while looking at this substance under a high-powered electron microsope. This scientific discovery has been quite effective at increasing mitochondria production in living organisms, thereby enhancing a body's natural ability to fight off some of our most common diseases.

A few drops of Double-Helix water can be mixed with pure distilled or RO water and taken orally on a daily basis, to achieve powerful health benefits. It can also be mixed into a cream and applied to the skin to enhance circulation and assist the skin with healing itself.

A health care professional here in Idyllwild, California, where I live, had been selling the Mobu Herbal's Organic Gourmet Body Butter that I was using as a moisturizer for years. As an experiment, I began mixing Double-Helix Water with this cream and using it to moisturize my face, and as a medicinal cream to assist in healing skin problems that my aging parents, both in their 90s, were having. I found this cream to be effective at:

• Bringing life back to dead-looking skin, by activating the circulation to the areas where it was applied.

• Dissolving dark spots over a period of time.

• Filling in dry, facial wrinkles by adding moisture deep into the skin that would last all day after the cream was applied.

• Helping to heal scar tissue and wounds by increasing the circulation around those areas.

I began giving this concoction to friends and family to try, and soon found myself purchasing many jars of the Mobu Herbals Body Butter to mix with Double-Helix Water in order to keep up with the increasing requests for this product.

The constant demand prompted me to call Mobu Herbals directly to see if the formulator of the  body butter, Dr. Janell Cole, would be interested in creating a cream to make available for sale on Amazon. Fortunately, she was open to this idea after testing the Double-Helix Water for herself. After much experimenting and perfecting, this skin care formulation, our Fresh Face Organix Facial Moisturizer was finally available to the public on Amazon in November of 2015.

Inspired by the success of the Fresh Face brand on Amazon, Dr. Cole recruited me to assist her in putting her Mobu Herbals products up for sale on Amazon as well. We soon became partners in that new business and launched our first product under the "Dr. Cole's Herbal Remedies" brand in September of 2017. It all began on August 30th, 2014 in that first phone conversation with Dr. Janell Cole. The rest is history. 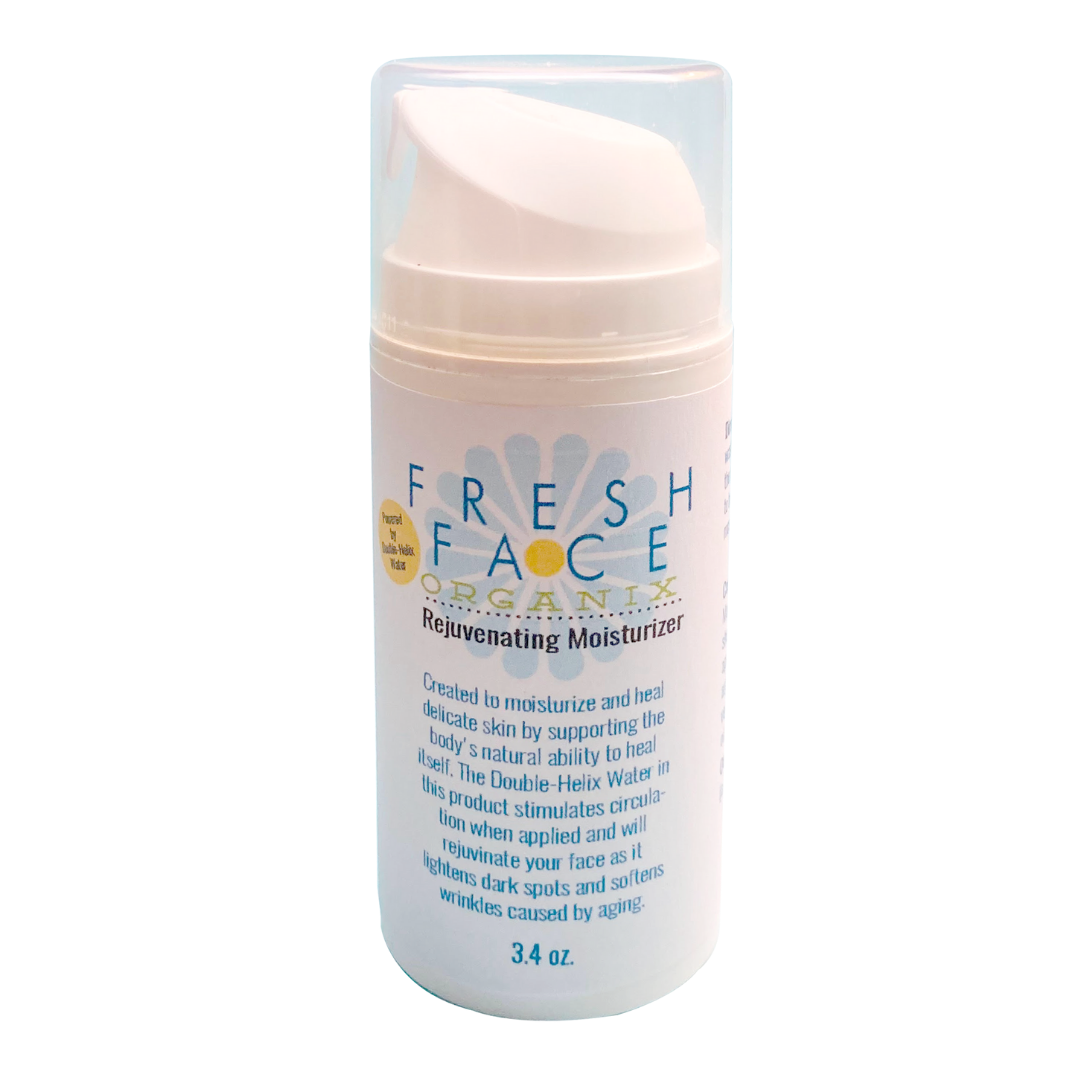 Ladies (and even some men) have been asking for larger quantities of this product for years, and now...it's here!

Feed and moisturize your face daily with this product–first thing in the morning and again at night before going to bed. Do this for one month, and see the difference for yourself. The Double-Helix Water™ is the ingredient that makes it so special. Read all about the science behind this amazing discovery.

We launched this product on Facebook and Amazon seven years ago and it is still a favorite with Dr. Cole's customers. It's on sale just once a year in honor of Mother's Day. Take advantage of the price while you can!   The Double-Helix Water™ is the ingredient that makes it so special. 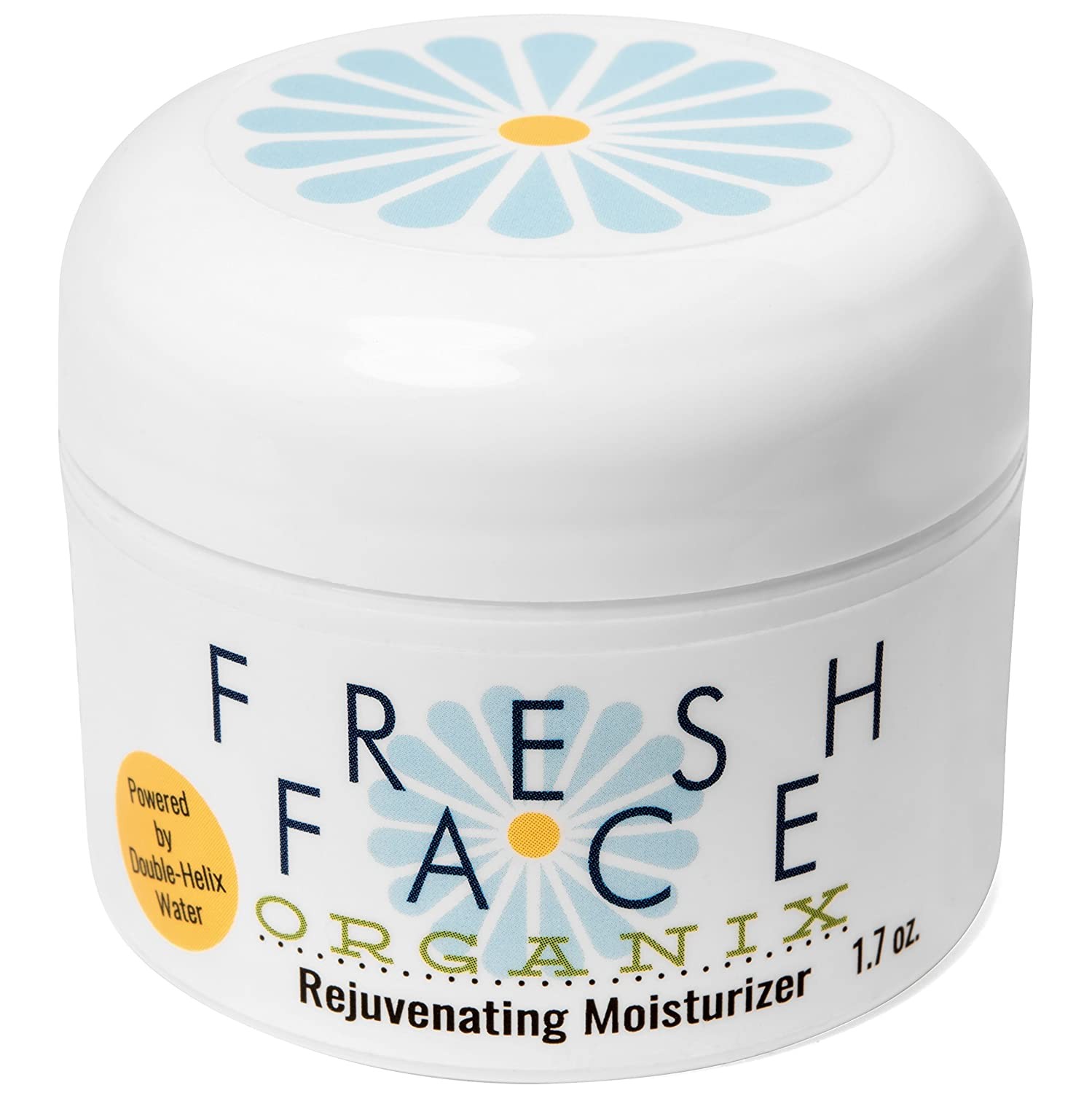 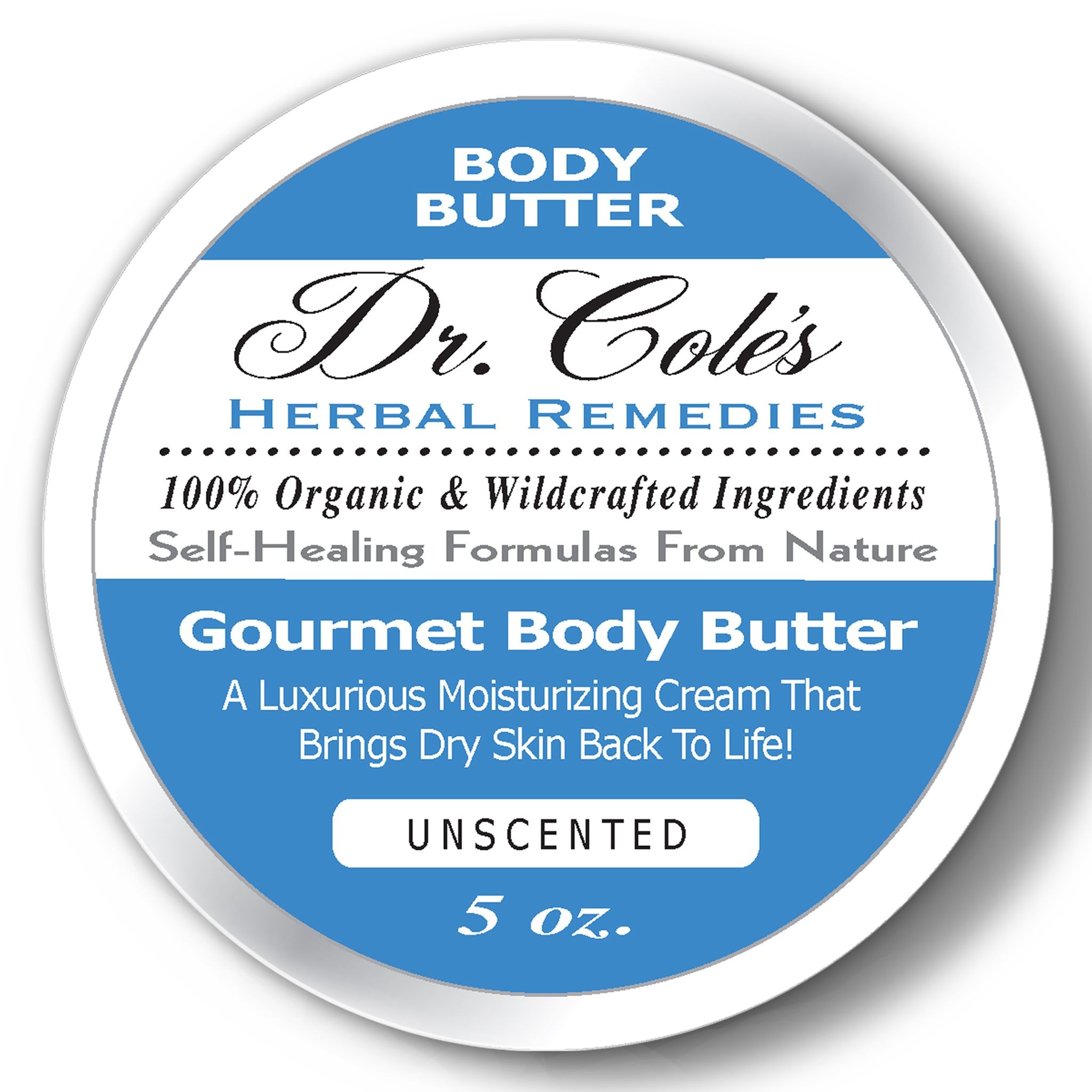 Ensure that you'll never again suffer from dry skin on your body. Use this after a bath or a shower to lock the moisture into your skin. Also, use it during the day as a hand cream, and for dry elbows or dry feet. Prevent aging skin with this luxurious moisturizing cream.

Purchase both products together for an even deeper discount. Together, they will ensure that your skin will stay moist day and night. 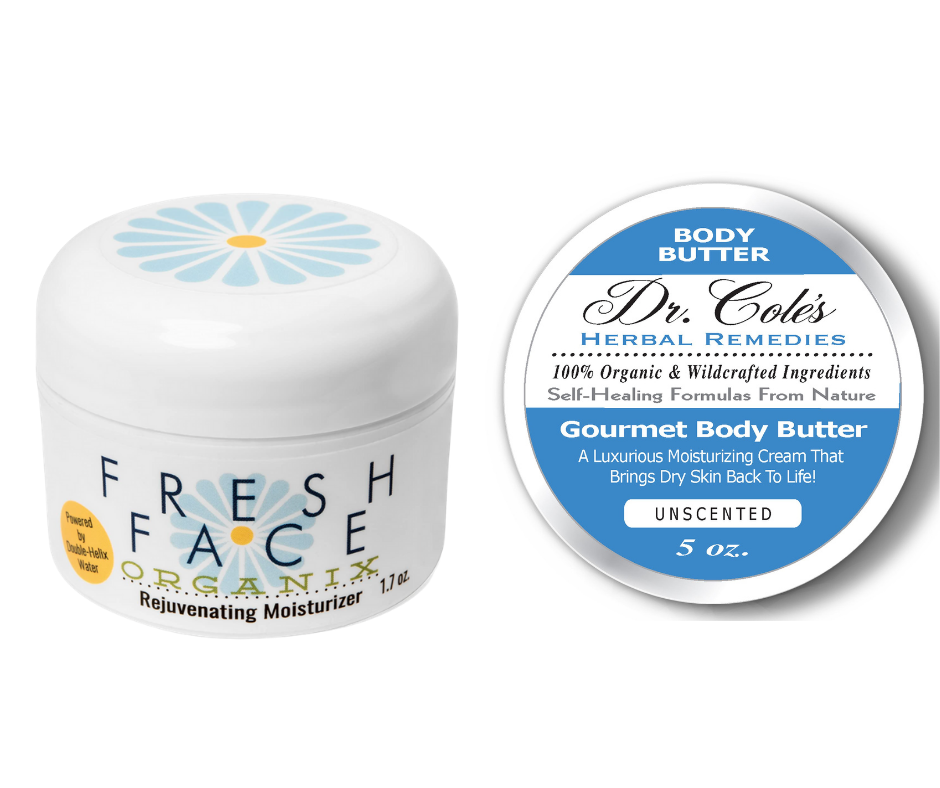 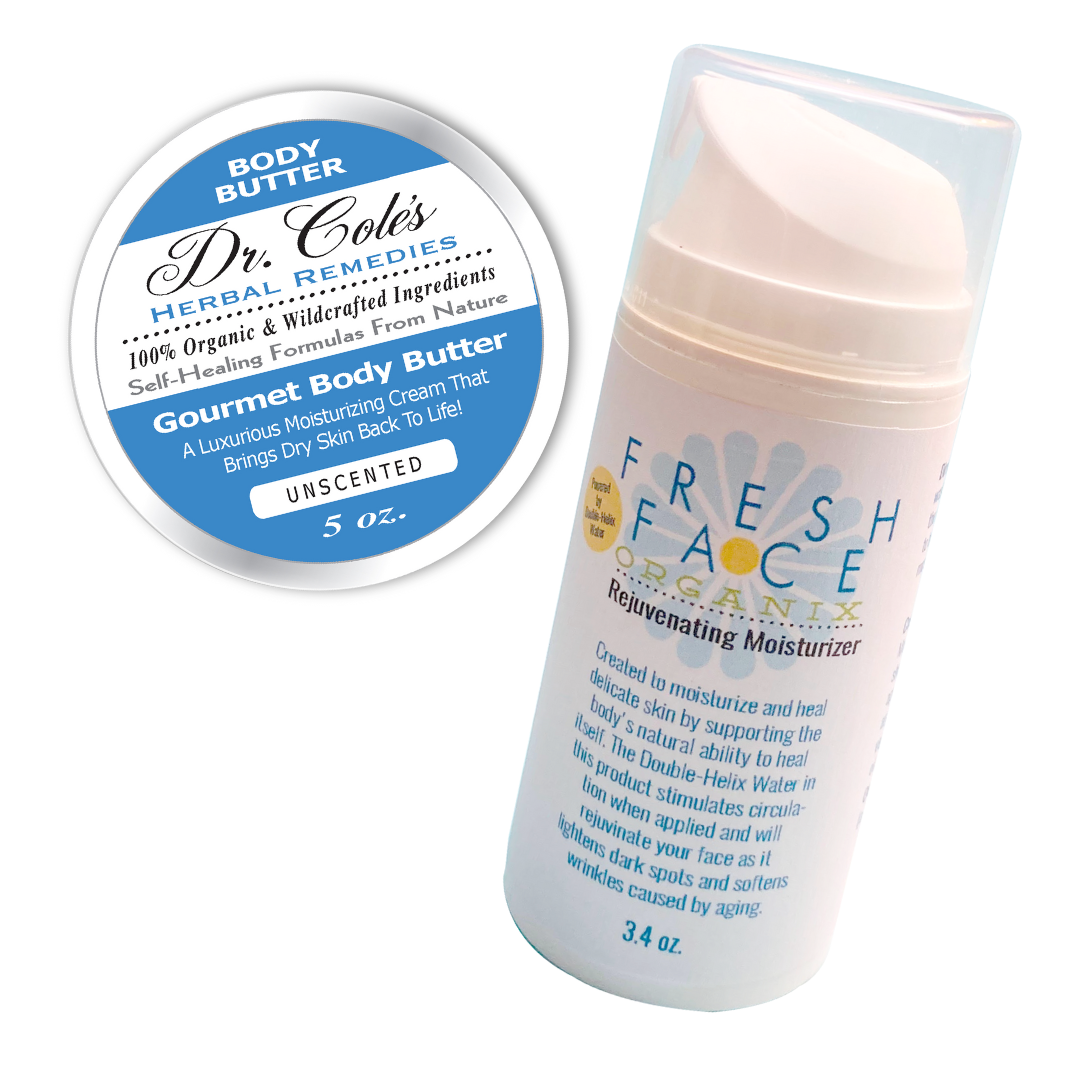 More moisturizing creams for your body and face with the best discounts on this bundle. Only on sale once a year. Stock up while you can!